Based on my personal experiences, in this post I am sharing what I thought the biggest differences were between twin and singleton pregnancy.

What Is a Twin Pregnancy?

There are different types of twin pregnancies too. A mom could be pregnant with either identical twins or fraternal twins.

What Are The Signs & Symptoms of First Trimester Twin Pregnancy?

How can you tell if you are pregnant with twins in the first trimester? The reality is there no way to know for sure without an ultrasound confirming a twin pregnancy.

If fraternal twins run on the mom’s side of the family, you have a higher chance of becoming pregnant with twins. Additionally, if you have used fertility treatments, you might have a higher risk of developing a twin pregnancy.

Typical first trimester pregnancy symptoms could be more exaggerated for a twin pregnancy vs a single pregnancy. This would include, but not be limited to, nausea, exhaustion, and tender / swollen breasts.

The Top Differences Between Singleton and Twin Pregnancy

Now that we have reviewed types of twin pregnancies and also some typical first trimester pregnancy symptoms. Let’s discuss the five biggest differences between a singleton and twin pregnancy.

I hope this list helps you get a little bit of a better understanding of what to expect when you are expecting twins.

Expect to have way more ultrasounds during a twin pregnancy. The ultrasounds are used to monitor that both twin babies are growing at a normal rate.

My twins were born in week 35, but if I had stayed pregnant longer, I would have had an ultrasound weekly until birth. To give you an idea of how different this is than a singleton pregnancy, with my twin pregnancy I had at least 10 ultrasounds.

And, the other one, was the typical 20 week ultrasound.

I’m guessing this is probably not a huge surprise, but moving and walking around when pregnant with twins was much harder during the third trimester.

Since twins are usually born earlier than singletons the length of time you will be uncomfortable might end up being shorter. But, more importantly, the longer you keep those babies inside you the better.

This one surprised me. I felt my singleton moving around so much more than I did the twins.

It seemed like he was having a party in there. When you think about it, it does make sense. My singleton had so much more space!

So, even though you might think two babies would mean feeling a crazy amount of movement in your belly, the limited amount of space actually reduces how much movement you feel.

Deliveries for both of my pregnancies were done vaginally. Twin pregnancy deliveries are different because even if you are delivering vaginally there is a good chance you will deliver in an operating room.

Having twins delivered in an operating room is common practice due to the higher risk of needing an emergency C-section. Additionally, there were about five more people (doctors, nurses, etc) in the delivery room for the twins than during the delivery of my singleton.

It was definitely a lot less stressful for my singleton pregnancy to deliver in the normal delivery room. There were less people, I didn’t have to relocate, and there less commotion.

5. Swelling In Twin Vs Singleton Pregnancy

The amount of swelling in my ankles during my twin pregnancy was extreme. I felt like I was walking around with water balloons around my ankles.

I even remember one doctor taking a look at my ankles during an appointment and just saying “I’m sorry”. Yeah, that didn’t feel great.

There wasn’t anything the doctors could do to help the swelling. I was instructed to keep my ankles elevated as much as possible, wear compression stockings (if I wanted to), and to avoid wearing tight socks.

At least, the swollen ankles didn’t mean there was anything wrong with me or the pregnancy. Pregnancy causes there to be extra fluid in your body. And, growing two babies caused the amount of fluid to be much more than with a singleton.

This extra fluid is what led to the increased amount of swelling during my twin pregnancy. On the other hand, I experienced minimal ankle swelling with my singleton pregnancy.

Twin & Single Pregnancy: Something That Was The Same

One thing that really surprised me was that my morning sickness during the first trimester was the same in both my twin pregnancy and singleton pregnancy.

I thought I would feel much better during the first trimester with my singleton, but, unfortunately that was not the case. I was just as tired and just as nauseous.

Before I sign off, I wanted to also discuss belly size in a twin pregnancy when compared with a singleton pregnancy. It probably seems obvious, but yes, you are growing two babies and therefore can expect your belly to be larger with twins.

You might be wondering how much bigger and I cannot give an exact measurement, but this article will give you a good feeling with week by week photos of one mom’s twin pregnancy growth.

Now you know some of the biggest differences between singleton and twin pregnancy.

If you are currently pregnant with twins or pregnant after twins and having a singleton, I hope this post helps you get a better understanding on what you might expect.

We also have a printable twin pregnancy planner and journal that will help you stay organized, reduce stress, and keep EVERYTHING related to your pregnancy all in one place. 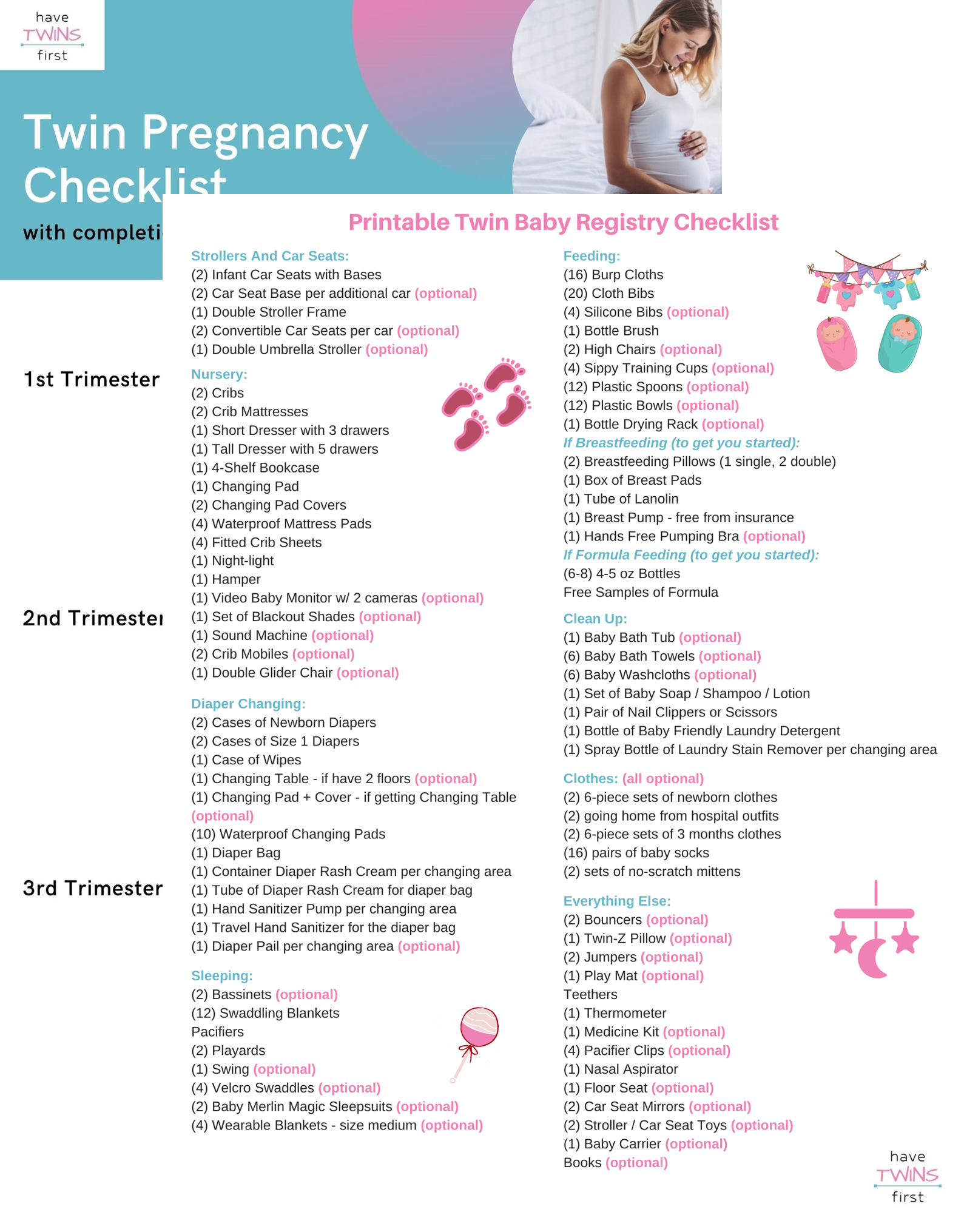 And that wraps up our post on the biggest differences in twin vs singleton pregnancy. If you are currently expecting, good luck with the rest of your pregnancy. 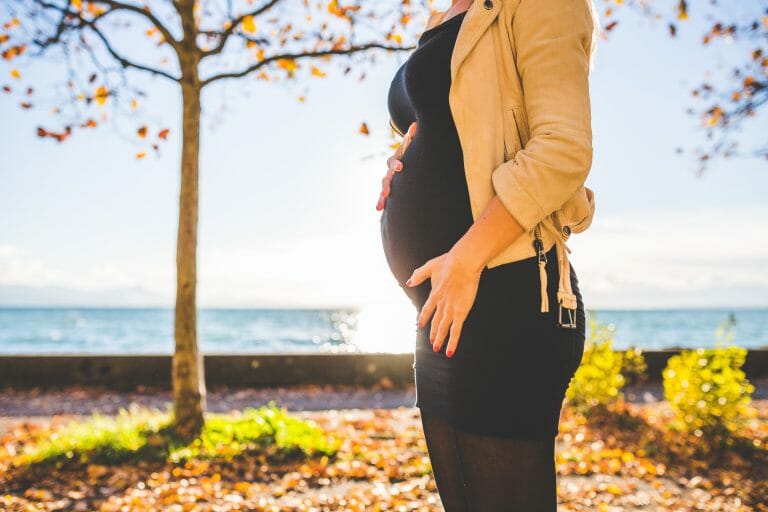 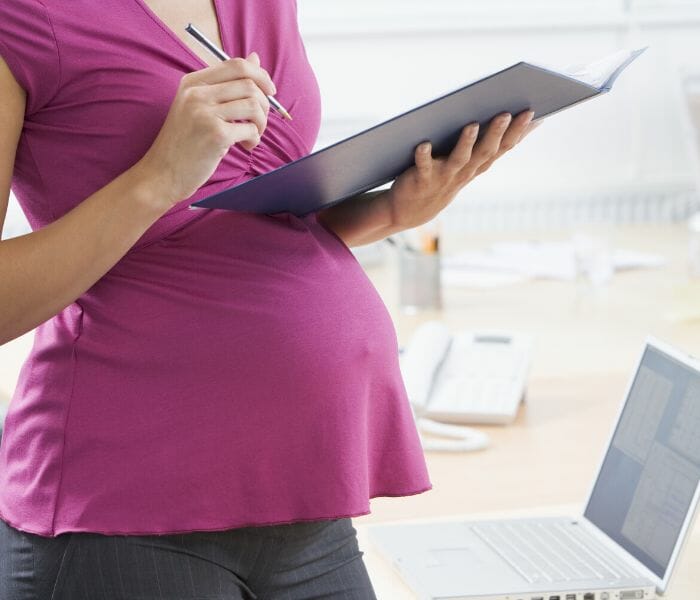 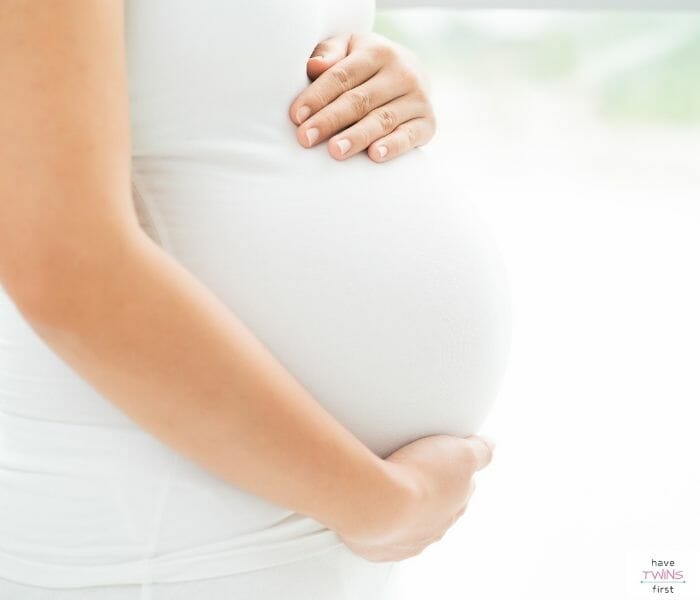 I’m guessing you have found yourself here because you are either already pregnant after having twins or are thinking of getting pregnant after having had twins. I wanted to write this post because I had a singleton after my twins and I just had so many questions and expectations on what would be different. I… 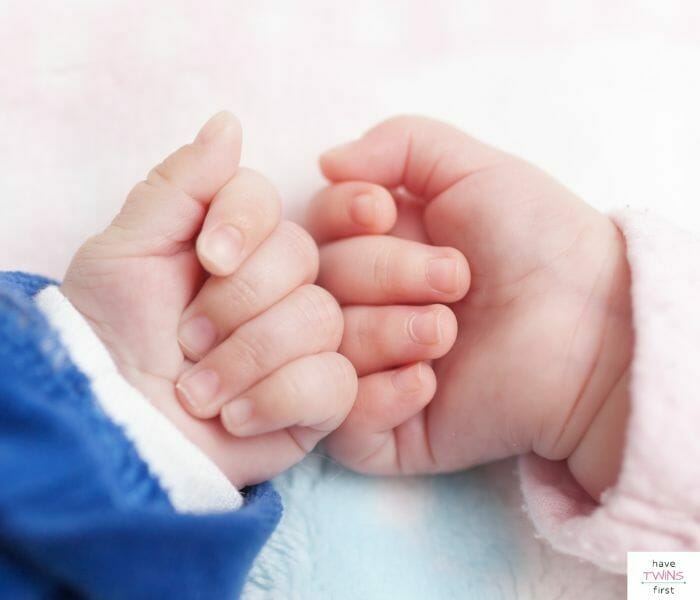 Giving birth and then caring for twins is much different than with a single baby. One of the most difficult tasks is that newborns do not have a reliable schedule. A top priority for twin parents is to get their babies on the same schedule. However, until your babies are at least 6 weeks old… 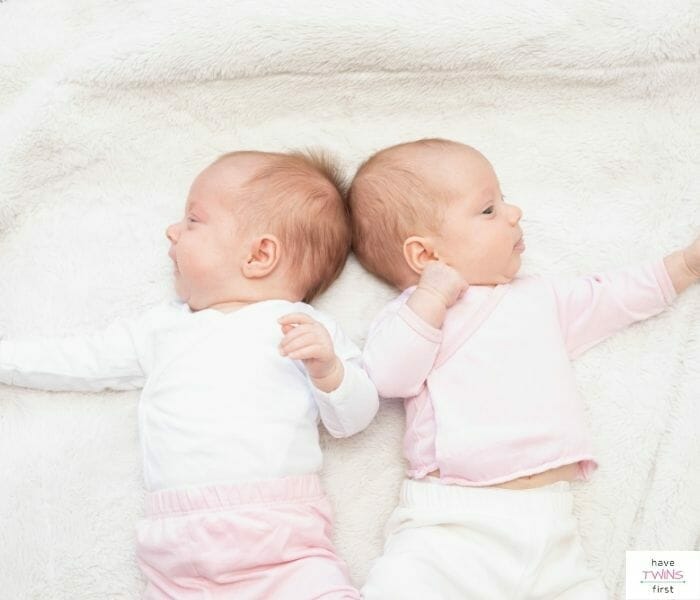 As a mom of twins, you are always told that it’s double the happiness, but at the same time it’s double the stress too. Raising 2 babies is a tough job, which begs the question of… When does raising twins get easier? Does it get easier or is it just different? Maybe you just become… 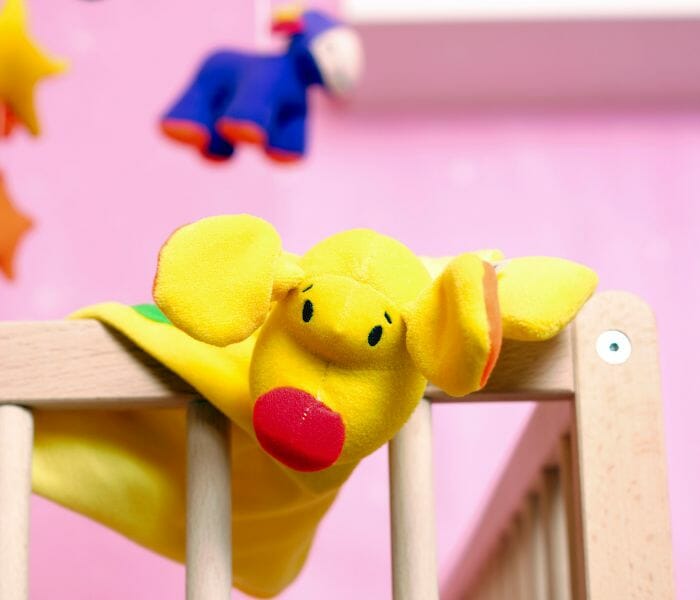